This thread seems to have severely derailed, and I am concerned about the shift from IC politicking to OOC attacks. I would like to urge everyone to take a deep breath and consider that you're pl 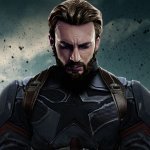 Imagine being KETOG and Chaos trying to paint the picture that you want minispheres and then join both spheres together again to hit NPO. Integrity does not exist on your side. I guess this is your co