My Alliance went to war and all I got was this lousy scroll!

Please, by all means TKR, lecture us on how dog-piling is wrong.  Maybe you should get good at diplomacy? Isn't that the line that was usually spouted in all of your previous dogpiles? 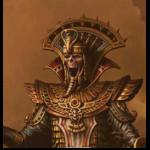