The lack of fact-based evidence from some of you folks is astounding. Sorry to be the buzzkill here, but in order to investigate like an actual journalist (and not a fake RON 🤮 journalist) I decided t

I dont see the issue here, if you declared a war against someone your alliance is at war with, who cares if you attack or not?  As long as allies arent declaring wars on each other to fill defensive s 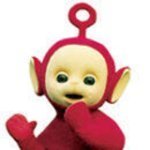 If Ro$e hit up arrgh and hof members for the express reason of beige baiting, then crying "alex is big meanie make turret illegal" when he rightfully calls them out, then all I've got to say is man, I