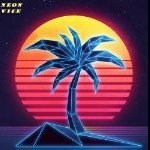 By Vice,
April 24 in Alliance Affairs