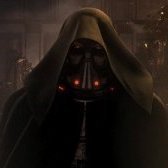 DemonSpawn and Ashland Get Litty!

By Seeker, December 9, 2018 in Alliance Affairs