By wasteking,
September 9, 2022 in Alliance Affairs

“It’s the end of the day, but it feels like dawn, and a new beginning. It comes to me that both twilight periods are, in fact, symmetrical events on opposite sides of midnight, a cycle of endless crea 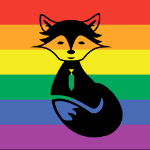 I couldn't possibly imagine a more fitting follow-up to Celestial than seeing the #1 and #2 alliances join together to form a new sphere.