Noobs guide to a good blitz

So we should notify our targets 15 minutes before we hit them. 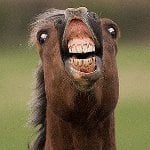 Guess you did a really great job building Cumalot's milcom in your long, proud career there.