A plea to consider Co A line members

Perhaps you're genuine?  As a Co A line member (which includes t$) (and someone not in gov), I'd like the leaders/negotiators of Co B to consider the line members of Co B. Through the release of 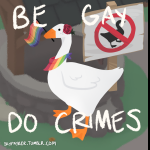 There's no contradiction. Coalition B isn't under any obligation to tell a price for peace, or even to set one. Coalition B is winning the war, and you yourself make a pretty compelling case that endi