[DOE/Treaty] Rose blocked on MySpace, Alan gets Denny's and I forgot to charge my phone battery 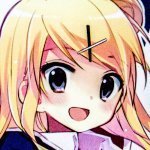