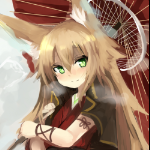 By Putmir,
February 18 in Alliance Affairs