The Guild of the Underground Will Be No More 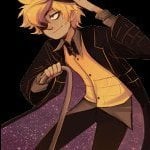 Due to unforeseen circumstances the Guild of the Netherworks will cease to exist soon.  The Nazi Wars between NP & GNW have made our nations unstable thanks to North Point not taking our peace as

thanks for the luck

my leader will but i will not stand down like this