Repent, the End is Nigh! 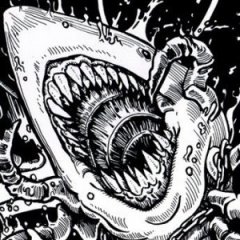 By Betulius,
December 25, 2015 in Alliance Affairs