War Boys I: The Legend...CONTINUES 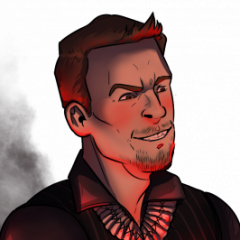 Doesn’t keep you from talking sadly

As The Son of Heaven ascended to a higher plain of existence, accompanied by his ten thousand beautiful virgin women - the spoils of his final victory, his mighty kingdom was immortalised, living on a

I know you guys probably don't understand peace terms, but here's a hint; when you agree to terms that included admitting defeat to your opponents, you don't then post an announcement that does not ad